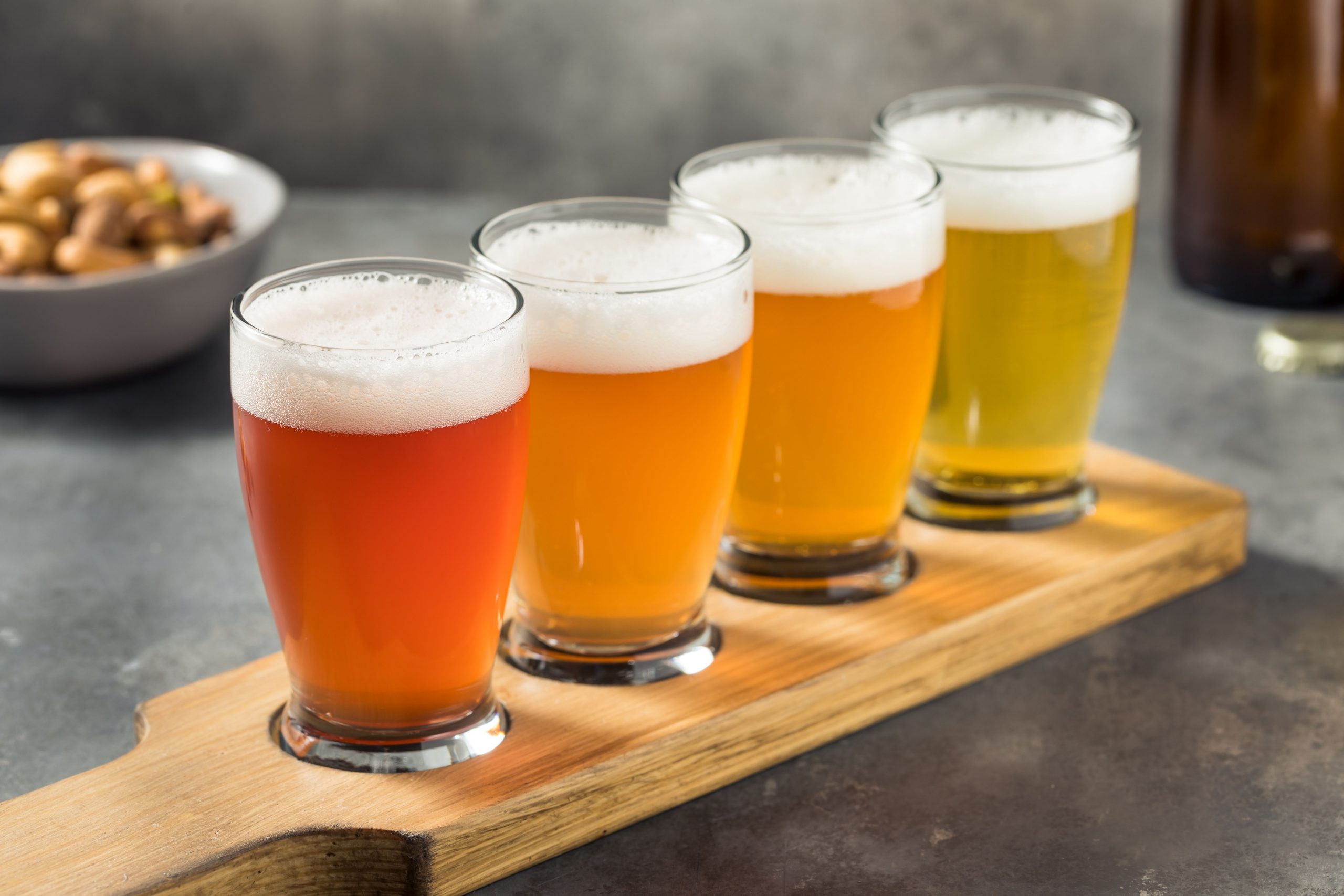 Beer Tasting 101: An introductory lesson to craft beer appreciation. Since around 7000 B.C. when some wonderful Sumerian stumbled across a strange concoction of bread, water and wild yeast, brewers have been trying to improve upon or add to one of the world’s most beloved discoveries. And for almost every barrel, keg, bottle or can produced over the centuries, there have been men and women packed into pubs, tucked into speakeasies or huddled in front of campfires observing, tasting, and critiquing drop after liquid gold drop.

Presently, the brewing landscape is undergoing a seismic shift.  Nowhere is this more evident than in the United States. Fleeting are the dominant days of mega brewers pumping out hundreds of thousands of gallons of beer that, while easily drinkable, were desperately seeking substance. Instead, beer drinkers find themselves in the dawning days of the American craft brewer, spawned in large part to a call from the thirsty masses for flavor and complexity in their brews.

American brewmasters from the west coast to the east, now produce a variety of deliciously creative ales and lagers that compete on a global scale with beers from countries renowned for their brewing, including England, Germany, Belgium, Scotland and the Czech Republic.

But whether domestic or foreign, what makes these artisan beers so amazing? Furthermore, how is one able to procure the subtle elements strategically added during the varying stages of creation by masters of the craft? And when one does come across heaven in a glass, how do they explain what it tasted like?

Beer Tasting—Adjusting your beer goggles: What to look for in a brewski

Unfortunately, if you’re new to beer, those words are about as familiar as a Biere de Garde. So let’s examine, in simple terms, what each of the BJCP’s criteria entails:

Appearance: What does the beer look like? Is it clear or hazy? Does it have a thick white head, or a wisp of foam? Does it retain that head, and if so, should it?

Aroma: What does the beer smell like? Is it sweet, spicy, floral, citrusy, piny, chocolaty or roasted smelling.

Mouthfeel: How does it feel in your mouth? Is it thick or light? Is it smooth and creamy or prickly with carbonation?

Learn from a pro: Beer tasting tips from a certified beer judge

While understanding what to look for in a beer is a great starting point, you probably aren’t going to be able to head down to your BevMo or local craft beer bar and pinpoint every flavor and aroma in your chosen ale. It takes time and patience to develop an educated palate, and as Cangari explains, it also helps to chat with those who have done it for a while.

Taking her up on that advice, we asked her to taste six different beers for us (a Pilsner, Hefeweizen, Belgian Dubble, IPA, Stout and Sour) and walk us through the appearance, aroma, mouthfeel and overall impression of each.

Named after Plzen, Bohemia (now the Czech Republic), the city in which it was first crafted in 1842, the Pilsner (or Pils) is a light-gold colored beer with a crisp, clean taste throughout.

A wheat based ale (hefe = yeast and weizen = wheat) originally brewed out of southern Germany. Hefeweizens are hazy, refreshing beers with an unmistakable banana or bubble gum and clove-like yeast flavor.

Originally brewed solely by an order of Cistercian Belgian monks known as Trappists, the Belgian Dubbel (there’s also a Tripel and Quadrupel) is renowned for its amazingly complex flavor profile, comprised of dark-fruit flavors of figs or plums, a nutmeg or clove spice presence, light carbonation and a light hop bitterness. Dubbels are generally dark amber to copper in color with a booming, pillowy head.

The original India Pale Ale was created by English brewers tired of their ales arriving in colonized India with an unappealing stale taste. To combat the problem and preserve the beer on its journey around the horn of Africa, the brewers began adding more alcohol to the beer and dumping pounds of hops on top of the beer prior to sealing the barrels. The Americanized version (especially the West Coast I.P.A.) is considerably hoppier than its English predecessor, with a variety of fruity, floral, grassy or herbal hops dominating the flavor profile and a subtle malt flavor to help balance the bitterness of the hops.

Stout PorterOriginally created to capitalize on the Londoner’s fondness for similarly dark, roasty Porters, this style was originally called a Stout Porter. Globally popularized thanks to Guinness, Stouts are recognized by their deep black color, smooth consistency and ever-present flavors of roasted malts, chocolate and coffee.

Sours, specifically the Flanders Red Ale in our case, is the indigenous beer of the West Flanders region of Belgium. Brewed then aged in oak barrels for up to two years and longer, the resident bacteria in the wood barrels impart the sourness and the oak adds a touch of vanilla to the fruity ale.

Open up and say…what?: How to speak beer

Now that your familiar with what to look for in terms of the sights, smells and sensations of beer, you’ll want to be able to discuss it with your fellow enthusiasts.  After all, half of the fun in unearthing an amazing beer is bragging about your discovery to your mates.  The following terms fromappelationbeer.com will help you express what you taste in fluent “ale speak”.